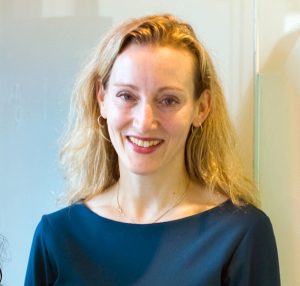 Dr. LeRoy grew up on a small farm in Eastern Ontario. She attended the University of Waterloo and graduated with a Bachelor of Science and Doctor of Optometry degree in 1998. While attending the University of Waterloo, Judith became quite involved with varsity athletics and competed for 5 years on both the track and cross-country running teams. In her final varsity year, she was awarded the University of Waterloo’s female athlete of the year, and in 2009 she was inducted into the University of Waterloo’s Sports Hall of Fame. It was her love of running and the outdoors, which brought her to Victoria in 1998. She was a member of the National training centre, Pacific Sport, and during her first few years, she practiced Optometry part-time as she competed internationally. The highlight being, representing Canada at the 2000 World Cross-Country Championships. In 2001 Judith retired from international competition. She can now be found running the roads acting as a running guide to visually impaired runners.

Professionally, she is currently a board member of the Victoria CNIB. She is a past Clinical Director associated with the Medical program here in Victoria and has instructed for UVic Continuing Studies. She has also been involved with third world eye care work with TWECS (Third World Eye Care Society). TWECS consists of eye care professionals and individuals who collect used eyeglasses from the public and travel to Third World countries providing free eye care and eyeglasses to the poor. She traveled on missions to Cambodia in 2002 and Kenya in 2006. Recently however, her third world travels have been temporarily put on hold as she raises her young family, However Family Eyecare Centre still collects donated glasses to send to the TWECS projects. Dr. LeRoy has also developed a specialty contact lens practice, specifically, scleral contacts, for keratoconic patients and post corneal transplant patients and orthokeratology for myopia management.  Dr. LeRoy is a Full A Registrant of the College of Optometry allowing her to manage eye diseases including glaucoma.